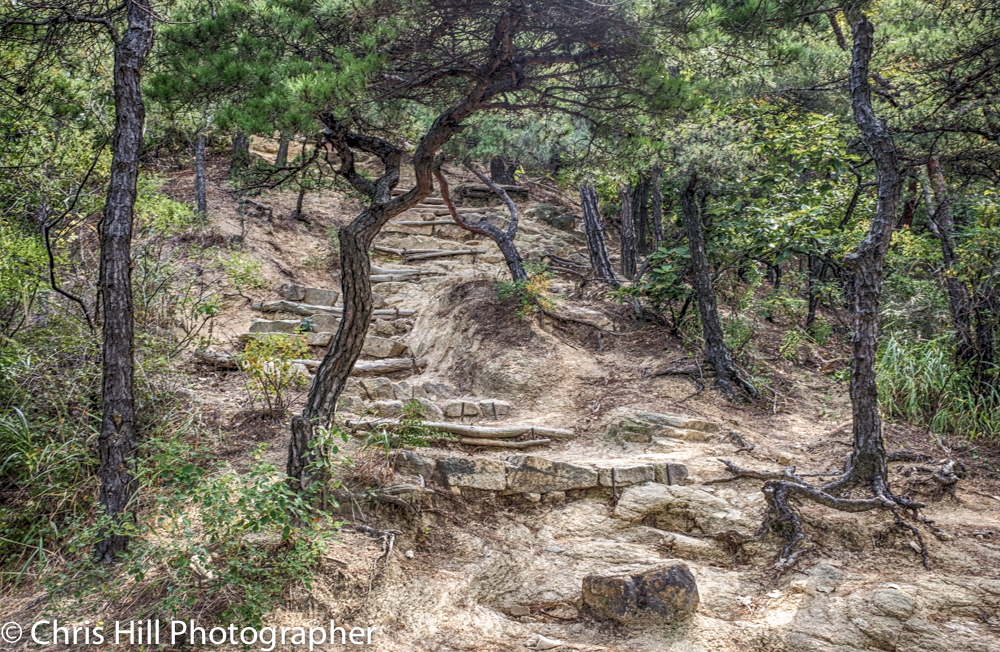 Looking for things that we might do that would take us to a different part of Seoul we came across a waterfall park in the mountains on our map.  Intrigued we headed of on the subway to Yongmasan Station.  When we got there, despite our best attempts, we could not find the waterfall park.  We caught up to some older Korean lady trampers and asked where the park was but they only had a vague idea.  They told us that they were going to climb MtYongmason and it would be an hour’s climb, we decided that we would also do that.

It was a very steep climb and hot (around 25 degrees C) but 45mins later we were at the top looking down on Seoul. There were others at the top and a solar panel with leads hanging out to recharge your cell phone. In Korea everyone around you is glued to their cell phones.

After returning to the bottom of the climb (and after a well deserved lunch and smoothie) we did finally find the waterfall park, it has three artificial waterfalls but all three were turned off.

This evening we went to the Banpo Bridge over the Han River to watch the nightly display.  They shoot water off the bridge choreographed to music.