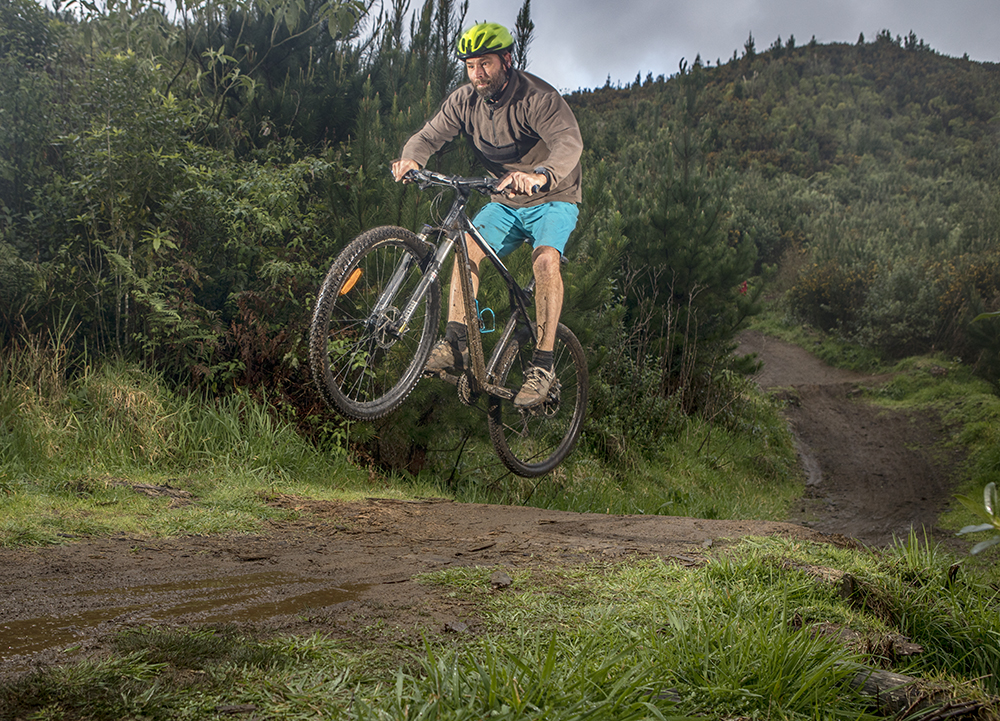 This week I had the privilege of photographing a couple of mountain bikers.  Despite the strong winds and heavy showers forecast for the day,  we met at the Lake Mangamahoe mountain bike tracks as I believed that we could shoot between showers.

Just as we met we had to shelter in the van while one of the heaviest showers came through, once that passed we didn’t get any more rain for the rest of the shoot.

First, we set up on a downhill run that was out in the open.  Due to the overcast conditions the light was quite low and made photographing the fast action rather tricky.  After a few runs I was able to anticipate the timing of the jump so that I could capture the biker in the air.

As if that location wasn’t dark enough, the second set-up we tried was a run in the forest. Here things got even darker and became technically challenging.  I set up on a corner by a big puddle, hoping that this would create a dynamic shot.

I was able to capture the shot below. 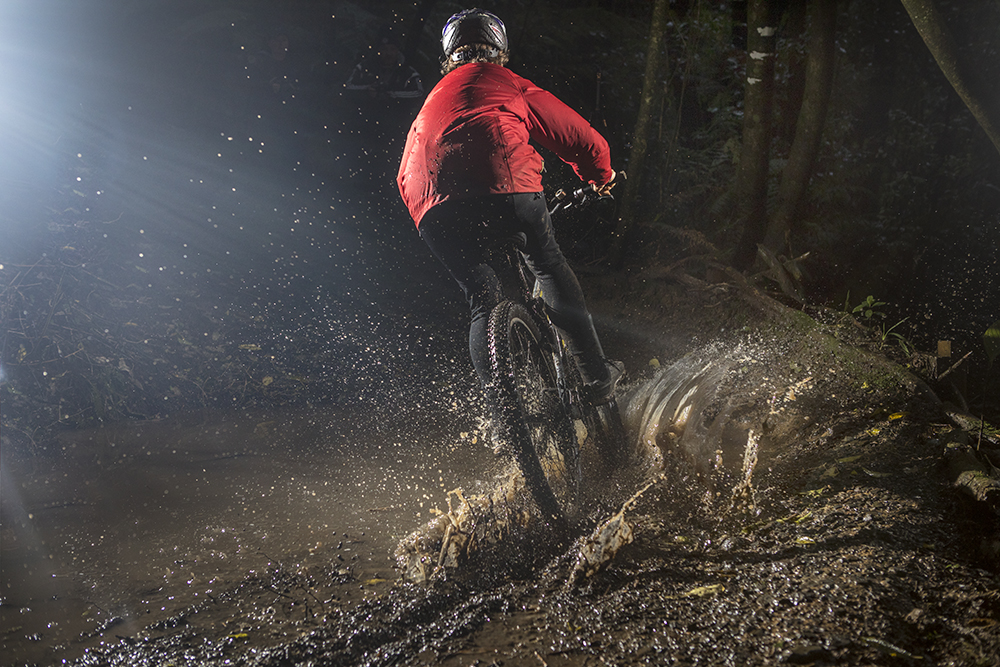 For the final shots, I set up very close to the puddle with a wide-angle lens hoping for a more dynamic shot.  As the biker came through he sent out a huge spray of water that saturated me and all my gear, but it was worth it to get the series below.